Newsblaze.co.ke
Tuesday, February 25, 2020
Home Tech News 2019 November/ December Delocalization News: TSC set to delocalize school heads, principals...
Share
Facebook
WhatsApp
Twitter
Email
Telegram
Print
The Teachers Service Commission, TSC, is set for a major delocalization exercise for school heads in November/ December, 2019. In what was seen as a major shake up, the commission in June this year directed County Directors to compile data for school administrators in readiness for the transfers. Via a memo dated 27th June, 2019 the TSC Deputy Director in charge of staffing Dr. Dorothy Owuor had instructed the County Directors to collate data for institutional administrators within their areas of jurisdiction. The Commission is now working on data for heads and principals serving in their home counties and those who have served in the same station for over nine years. The data was sent to the head quarter by 8th July, 2019. According to the TSC boss, Dr Nancy Macharia, teachers with medical conditions will be spared from the ongoing delocalization exercise. Also to be spared are teachers aged above 56 years.

Sources privy to the delocalization exercise indicate that the Commission is finalizing the transfer letters for the affected teachers; which they will receive in late November or early December.

The Commission says the transfers and deployments are being undertaken for various reasons including: 1.  Following the retirement of headteachers and principals who attained the mandatory retirement, some headship positions fall vacant. As a result, deputy heads who are qualified and have exemplary performance record have been promoted to headship positions and transferred accordingly. Inevitably, some of the serving heads have also been transferred to take the positions that fell vacant. This is necessary in order to match performance and experience to the enrollment and level of the institutions. 2.  Changes have also been necessitated by the need to strengthen management of some of the learning institutions following recommendations from standards and assessment reports. 3. In line with the Policy on Appointment of Institutional Administrators some principals and headteachers who have served for a long period in the same institution have been transferred. It is intended that the transfer will provide them with a new working environment and also tap into their vast experience. 4. In the course of the year, some Heads of Institution apply to be transferred to new stations. Such applications are normally considered at the end of the year to avoid unnecessary disruption in curriculum delivery, and after necessary replacements have been made. In making the transfers, the Commission has always considered important factors such as number of years pending retirement as well as exceptional circumstances such as health, where appropriate documentation is available.

The Commission kicked off the delocalization exercise in January, 2018. Other massive deployments would then follow in April, August and December of the same year. Though in April, 2019 the Commission slowed down the transfers as only a handful administrators were moved. Sources familiar with the transfers indicate that the Commission now prefers moving the administrators in December as opposed to April and August to minimize disruptions and for smooth transition. The Kenya National Union of Teachers, KNUT, has been opposed to the massive delocalization exercise and said it should be executed with a human face. 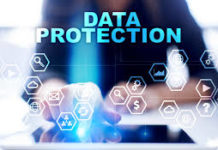 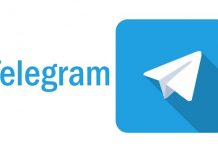 New to Telegram? Here is your guide on how to easily join and use Telegram. 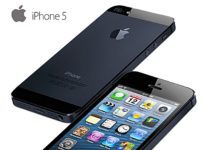