Federation of East Africa Secondary Schools’ Sports Associations (FEASSSA) volleyball champions, Kwanthanze girls, have made it to the nine-team short list for this year’s Sports Personality of the Year Awards (SOYA). The list features girls’ teams which recorded stellar performances during this year’s Kenya Secondary Schools Sports Association (KSSSA) and East Africa Schools’ championships. Also nominated is the KSSSA and FEASSSA Girls’ Soccer Champs, Kwale Girls. The list is dominated by schools which competed in the 2018 Term One national Games and proceeded to the East Africa Schools’ Games in Musanze, Rwanda.

Kwanthanze Secondary School are the volleyball champions at both the national Games and the East African tournament. The school’s handball team also finished third at the nationals. At this year’s FEASSSA games, Kwanthanze girls successfully defended their volleyball trophy after outwitting 2015 winners, Rwanda’s G.S Indangaburezi, by 3 sets to 0.

Kwale Girls won their first national football title in their second appearance at the top level in the country and went on to make it a double by winning the East Africa trophy. In Rwanda this year, Kwale Girls Shocked last year’s (2017) runners up, Uganda’s Kawempe Muslim, 2-1 in a pulsating final to lift their maiden trophy.

To make the cut, Trans Nzoia Mixed reclaimed the national girl’s hockey title and went on to win the East Africa Games in Musanze, Rwanda.

St. Anne’s Sega Girls handball side finished second at the nationals and third in Rwanda, while their volleyball team reached the Nyanza Region’s finals stage where they lost to Nyakach Girls. The outfit from Siaya played second fiddle to Moi Girls Kamusinga who recaptured the national handball gong and settled for silver in Musanze, Rwanda.

In their maiden appearance at the national stage, Butere Girls made it to the basketball finals but settled for silver and placed seventh at the FEASSSA Games.

Tigoi Girls grabbed double silver medals in hockey— finishing second behind Trans Nzoia Mixed—both at the national and East Africa stages. The school’s basketball team was finalist in the Western Region Games, where they lost to Butere Girls.

Kibra (Nairobi)-based volleyball side Soweto Academy positioned second at the nationals and fifth at the East Africa Games.

The winners for this year’s SOYA awards will be announced in January, 2019, af Fort Jesus- Mombasa. The SOYA awards gala is sponsored by Telecommunications company, Safaricom.

In 2017, Wiyeta girls won the girls’ school team of the year award after lifting the 2017 KSSSA and FEASSSA soccer titles. 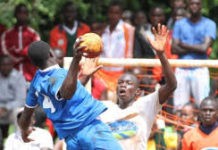 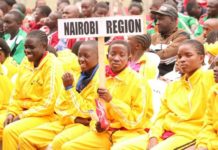 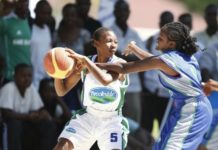