All that you need to know.

📝The application window for January 2023 placement is open and closes on October 16, 2022.

📝 Who is to apply? All KCSE Graduates who sat for exams between 2000 and 2021 and have not been placed by KUCCPS before.

✅ Application Fee of 1,500 (for those who didn’t apply while at school) and 1,000 for those who applied plus Mpesa charges.
✅KCSE Index Number, KCSE year, KCPE Index Number or Birth Certificate Number (Password)

📝How to apply: Applications are purely online based. Visit the official KUCCPS student Portal- https://students.kuccps.net/login/ 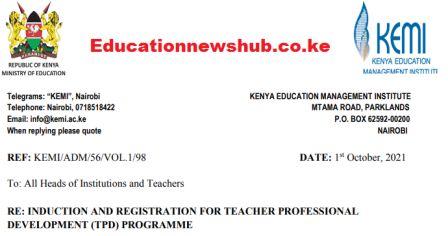 MKU invites all registered teachers by TSC in both public and private schools to enrol for the programme. December 2022 Intake is ongoing and the training will be conducted from Tuesday 13th December 2022 to 17th December 2022.

Why Enrol for the TPD programme at Mount Kenya University?

The TPD programme is delivered through modules using Competency-Based Teacher Education model. This is offered in a Blended Learning approach,  (face-to-face and Online learning)  where the teachers and instructional leaders access the online training any time, anywhere via modern technologies. These blended mode is strengthened through follow-up observation visits to schools by the Univesity facilitators, Community of Practice networks and lesson study.

The APP will allow easy application and students onboarding process with the following features;

Each teacher will be required to pay a maximum fee of Kenya Shillings 6,000 per year to take part in the training. Payment can be done either through;

For more information on application and onboarding, kindly visit https://www.mku.ac.ke/tpd

KUPPET rises up to the occasion with goodies for teachers 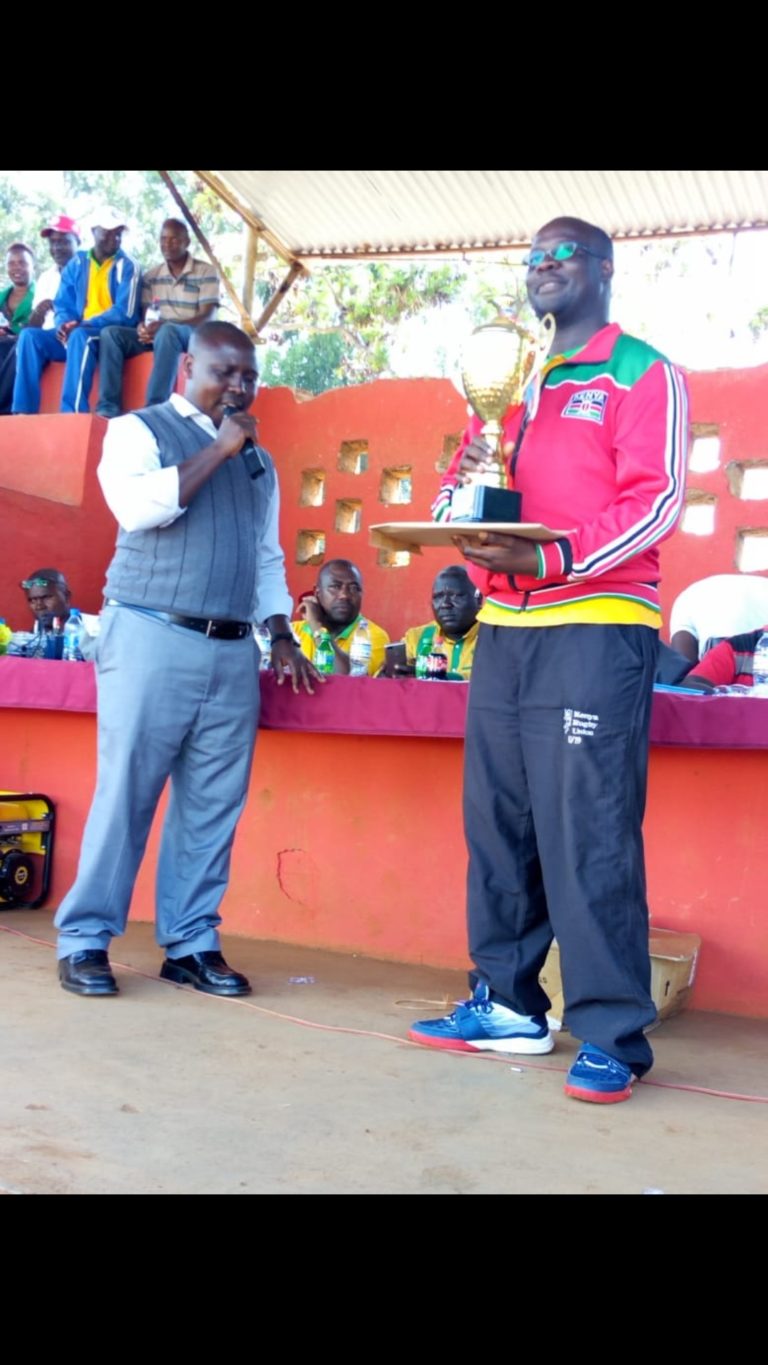 In Kisii county, it was all smiles for teachers whose teams excelled after bagging KUPPET branded track suits. Beneficiaries are those whose teams clinched tickets to the Nyanza region term one championship slated for next week at Rapogi high school in Migori. During the Kisii County championship, that ended on Saturday at Cardinal Otunga High School, participants quenched their thirst by gallons of KUPPET branded water.

The leadership led by the branch Secretary Omari Otungu and Chair Laban Bosire promised more sponsorship next time; with referees requesting for consideration.

In the neighboring county, Migori, it was a similar scenario. The Kuppet branch executive Secretary Orwa samwel (Jasolo) led other leaders to award teachers at the County term one championship that came to a climax over this last weekend. The leadership donated KUPPET branded water, Caps and trophies.

Nyamira has not been left behind either. The branch leadership, led by executive Secretary Lewis Nyakweba, has come in-handy during the various co-curricular activities’ meets. Teachers and especially coaches and referees have been kitted with KUPPET branded polo shirts; with more goodies lined up this year.

But, the naysayers would have none of this and sees it as a campaigning strategy. “Where have they been? Only waking up in the last minute because of the forth coming elections!” Quipped a teacher who sought for anonymity. KUPPET elections are to be held next year from branch to national level.

Whether a campaigning strategy or not, the bottom line is that indeed KUPPET is doing a great job at Branch level.

In Kisii County, holders Nyanchwa boys retained their boys’ basketball title after shaking off fierce opposition from their bitter rivals, Kisii School, in a pulsating final played on Saturday. Amaiko won the girls’ hockey title while the boys’ title went to newbies Nduru Boys. Itierio Girls retained their basketball Girls’ trophy and will be hoping to do better at the regional championship; after bowing out at semi finals stage last year.

Other champions were: Omobera (Handball Girls), Nduru Boys (Handball and Rugby 15′) and Nyabigena and Cardinal (qualified in Rugby 7’s).

County Schools in Kenya form the third tier of secondary schools; after National and Extra County schools, respectively. The schools admit students from majorly within the country. Admissions to these schools is done online by the Ministry of Education. The Schools are either of Mixed or single sex type.

Here are the County Schools in Migori County: 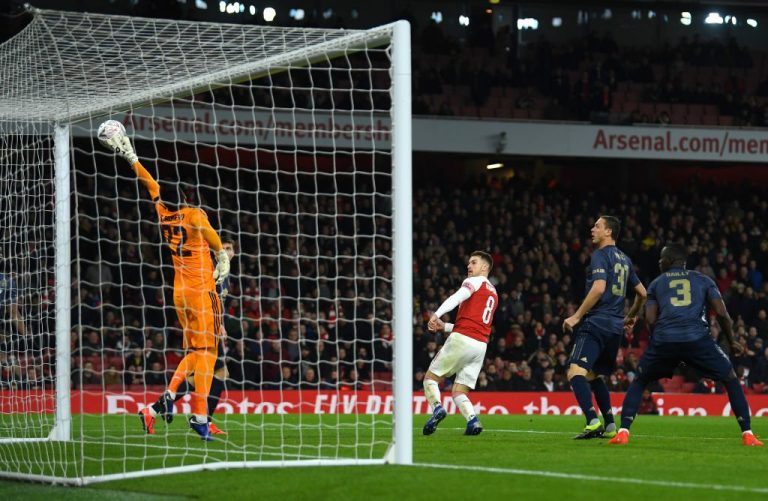 Manchester United hammered their bitter rivals, Arsenal, 3-1 to book a place in the Emirates FA Cup fifth round in an entertaining clash staged at the Emirates Stadium on Friday night.
Goals from former Arsenal striker (Alexis Sanchez), Jesse Lingard and Anthony Martial were enough for the red devils as they handed their new manager 8/8 wins in all competitions.

Arsenal had the better of the opening exchanges and broke quickly down the left following a United corner early on, but Sead Kolasinac’s cross was easily cleared by skipper Ashley Young.

United were slow to get going in attack but were clinical when opportunities were created and it was former Arsenal star Alexis who opened the scoring. The Chilean – booed at every opportunity by the home crowd – latched on to a brilliant reverse ball by Romelu Lukaku, rounded Petr Cech and lofted a brilliant finish into the net when it looked like he might have taken it too wide.

Lingard doubled the lead two minutes later following a devastating counter-attack, Lukaku again providing the assist. Our Belgian no. 9 made the most of the space afforded to him by the Arsenal defence, picking out Lingard who had time to take a touch in the box before coolly passing it beyond the reach of Cech.

Arsenal rallied in the final 15 minutes of the first half and reduced the deficit just before the break, through Pierre-Emerick Aubameyang. Aaron Ramsey shimmied past Eric Bailly in the penalty area and the Gunners’ frontman was there to tap in from close range.

The home side picked up where they left off in the second half and could have equalised within a minute of the restart but for an excellent save. Ramsey was again involved for the Gunners, this time heading an effort towards the top corner from close range. Romero reacted brilliantly to keep it out, pushing over the bar.

The first booking of the match came shortly after; Paul Pogba, leading the United charge, was pulled back by compatriot Laurent Koscielny in a dangerous position just outside the penalty area. Lukaku stood over the free-kick but couldn’t make the most of the opportunity, firing his effort over the bar.

That was Koscielny’s last involvement as he went off injured following an accidental clash with Lukaku.
The hosts continued to threaten but Romero again kept them at bay, saving well to his left from a fierce Lacazette shot. Ramsey and Xhaka tried their luck from long range, but it was United who got the decisive fourth goal of the game.

Both attacking substitutes Martial and Marcus Rashford – on for Lukaku and Alexis – were involved as Pogba went on another driving run as the Arsenal backline. The Frenchman delayed his decision on whether to pass or shoot, eventually deciding to test Cech. The veteran keeper – who earlier this month announced his plans to retire at the end of the season – could only parry the effort out to Martial who fired home on 82 minutes.

Even though 10 minutes of stoppage time were added for the delay caused by Koscielny’s injury, the tie was effectively over at 3-1 and that’s exactly how the tie of the round ended, with United now looking forward to Monday evening’s fifth-round draw and eyeing the chance to match Arsenal’s record of winning the FA Cup 13 times.

On Sunday 12th May 2019, at 1130hours at Tula area along Thika Mwingi Road Forty (40) kilometers from Garissa Town), a bus , registration number KCS417A belonging to Grand Bus Services and a semi-trailer, KCE007S/ZF1769 belonging to Five Star Agencies Limited and ASL Credit Limited were involved in a fatal crash that claimed the lives of 14 passengers.

The bus was headed for Garissa from Nairobi County. Preliminary crash analysis and investigations indicate that the semi-trailer carrying cement broke down on the road and the driver had not made any attempts to move off the road. To avoid ramming into the rear of the semi-trailer, the Bus driver swerved and hit the right side of the trailer causing extensive damage to the left hand side of the bus. As a result, 10 passengers lost their lives at the scene of the crash, while 4 others passed away on the way to the hospital.

Another 17 persons who had sustained injuries have been treated and discharged from the Garissa Referral Hospital.

The National Transport and Safety Authority, NTSA, has since carried out preliminary investigations. From the preliminary report, the Authority observes that the trailer driver had not placed any warning signs on the road to alert the oncoming motorists on the presence of the stalled vehicle.

The bus driver drove without due care considering that the road section is straight and flat. The driver should have seen the reflective chevrons and take appropriate action to avoid the crash.

NTSA has consequently taken action against the bus company’s owners. “On its part, the Authority has suspended the Grand Bus Services Sacco Operator’s Licence and the officials are required to submit a comprehensive incident report by 14h May, 2019,” says the Agency.

The agency adds that the Driving Licences of the truck driver, Mr. Abdullahi Sugow Muhuned and the Bus Driver, Mr. Osman Ali Guhad have also been suspended as the investigation continues.

A total of 250,052 students submitted applications for placement to universities, TVET institutions and Teacher Training Colleges (TTCs), and all applicants have successfully been placed.

A summary of the placement numbers is as follows:

• 90% of the 2021 KCSE candidates who attained a mean grade of C + and above and applied were competitively placed, with 85% of them getting Degree programmes and 5% taking up courses in TVET Institutions.

• 16,310 candidates who qualified for degree programmes in the 2021 KCSE examination did not submit applications and may have opted to pursue other opportunities.

• For the first time, KUCCPS placed applicants for admission to the 32 public diploma primary teacher training colleges. A total of 1,538 (1,216 female, 322 male) have been placed in Diploma in Primary Teacher Education and Diploma in Early Childhood Teacher Education.

The students who have been placed in the various universities, TVET institutions and TTCs are encouraged to log in to their respective student portals and check the details of their placement.