President Uhuru Kenyatta on Friday October 18, 2919 launched a vaccination campaign aimed at protecting Kenyan women against cervical cancer.
The vaccine against Human Papillomavirus (HPV) will be administered to girls aged 10 years across the country.

The national launch of the vaccine was held at Ziwani Primary in Mombasa where the President, who was accompanied by Mombasa Governor Ali Hassan Joho, announced that the vaccine will be available in all health centres across the country.
“The vaccine will be available to girls in all Public Health Facilities, as well as Private, Faith Based and Non-Governmental Organization health facilities,” the President announced.

The Head of State said the launch of the vaccination program is a proud moment for Kenya as it marks a major milestones in the fight against cervical cancer.
The President outlined legal reforms, provision of screening and cancer care health services as some of the interventions his administration has put in place to defeat the cancer scourge.

In recent years, the health ministry set up radiotherapy and chemotherapy facilities in Nyeri, Meru, Embu, Mombasa, Nakuru, Garissa, Bomet, Kakamega, Kisumu and Machakos.
“Further to this, I am glad to note that the newly completed Kenyatta University Hospital will be operational by the end of the month, providing increased access to cancer management through its state-of-the-art cancer services,” the President said.

He said Kenyans are now able to access diagnosis and management of cancer through their National Hospital Insurance Fund’s oncology package adding that the government was progressing well with the roll out of the Universal Health Coverage programme now in the pilot phase.
“As a Government, we recognize that effective delivery of the interventions I have enumerated above, will depend on the vitality of our health systems and in a strong and responsive primary health care approach,” President Kenyatta said.

The President urged political and religious leaders to continue supporting the HPV vaccination programme saying cancer doesn’t discriminate victims based religion or color.
He advised Kenyans to adopt healthy lifestyles so as to reduce the prevalence of non-communicable diseases such as cancer and hypertension.

“Each and everyone of us must ensure that we lead a healthy lifestyle; and routinely and early enough, seek appropriate screening services,” the President advised.
The HPV vaccine is most effective when given to girls before they are exposed to the HPV virus. Many countries choose between the ages of 9 and 13 and Kenya’s ministry of health has chosen 10 years as the most appropriate age to administer the vaccine. 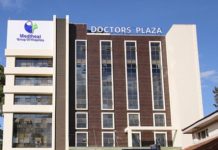 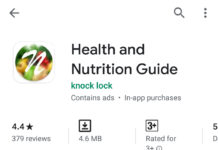 Health and nutrition online guide: How to avoid lifestyle diseases like Cancer, Diabetes and live longer 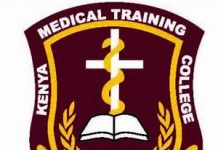 How to get a certificate in HIV Testing Services from KMTC 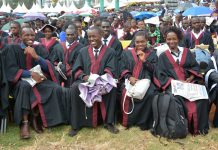 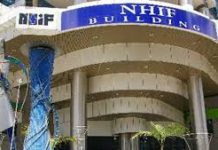 NHIF medical cover services; how to register and pay monthly subscriptions through your mobile phone