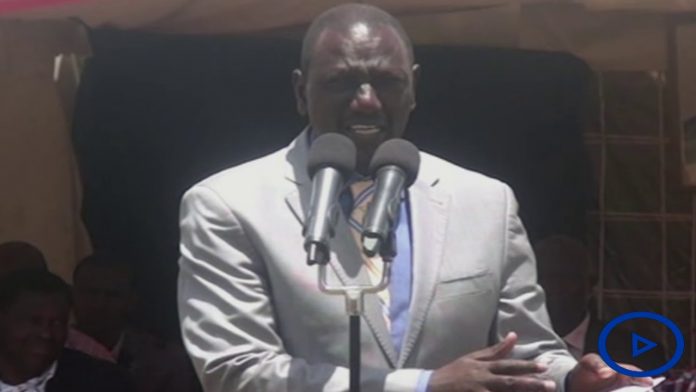 Deputy president, Hon. William Ruto, has dropped his hard-line stance against the Referendum push and now says he will support the Constitutional changes. Speaking today ,at Kigugua in Tharaka Nithi County, the DP said he is not scared of the referendum and challenged Hon. Raila Odinga to accept outcome if a vote on the constitutional changes is conducted. The DP who was in the company of a section of Central leaders led a fundraiser for the local Kenya National Union of Teachers, KNUT, to purchase a branch bus. The Deputy President who has been seen criticizing the Constitutional review, spear headed by Raila Odinga’s led Orange Democratic Movement, now says that he will support the changes if only they are to benefit common ‘Mwananchi’ (Citizen).

The Deputy President contributed a sum total of KShs. 2 million at today’s fundraiser.