State House Spokesperson Kanze Dena has come out to array fears that the President in ‘missing’ in action. This comes after a public ‘outcry’ over the President’s absence from the Public. She has also highlighted on a number of items under the Big 4 agenda. Here is the presser from Kanze Dena;

“I am shocked that people say they haven’t seen the President since he left China, yet on 3rd of this month he had a meeting with executives from Global Fund and there was a Statement about it.

The President is around, it doesn’t mean that because he is not seen in public he is not there, he has an office where he goes every day and he is working on several things.

I agree that the communication from my side as the StateHouse Spokesperson has had a setback, and I accept that a mistake was made, but I am focused and I am going to make things right and share information more frequently with the media and the public.

There is a difference between Nzioka Waita’s role and my role and it is not true that there’s any conflict. When it requires him to speak or respond to an issue of public interest then he does so because he too works for the same President and our goal is the same.

The issue about the China visit and the SGR loan is still not true. The President’s agenda did not include the SGR loan. The media chose to report on the matter, but we had not given that information.

President Uhuru Kenyatta’s Social Media accounts are his personal accounts. He has the right to activate or deactivate them as he wills. He has his reasons, and we respect that.

The housing levy is an investment. If you contribute and after 15 years you will not have got a house under the Affordable Housing agenda, you will get your money back. This is about giving Kenyans better and dignified roofs over their heads.

From the beginning the President has made it clear that he is fighting corruption, but he has also emphasized on the rule of law which must be followed. The fight is still on and all agencies are involved in the entire process.

Everything has its due process including the fight against corruption, this fight will take time but it will get done. We cannot have instant justice without following the rule of law.

The President wants all agencies to play their part in the fight against corruption. We have had good progress so far, and we must be patient and wait for the final results.

The Universal Health care agenda is still on course. There are existing challenges that have been there for many years that we are fixing first as we continue to streamline our health sector across the country. We have made great strides in that regard.

The President has been keen on improving our Technical and Vocational Education and Training (TVET) in the country to ensure our youth have various skills that can help them. There are job opportunities in the Big 4 Agenda that require technical skills.

The Huduma Namba registration is going on well across the country. The Government wants to consolidate all personal numbers to reduce the inconvenience and the need to carry around many cards, it is for our own good.

The President has the youth’s interest at heart when it comes to job opportunities. Sometimes it is not about the age but about the required skills.

The building bridges initiative by President Kenyatta and Raila Odinga is about uniting Kenyans and promoting peace in our country. For us to achieve our goals and aspirations as a nation we must promote unity and live peacefully with our neighbours.

Respect is not slavery. As Kenyans we must reach a point where we respect each other. We only have one country and if we burn it down, we will not have anywhere else to go. Let us all protect our heritage and live peacefully with one another.”

The President was later to emerge and meet top executives of Microsoft, led by Executive Vice President for Gaming Phil Spencer during which the American tech company unveiled plans to set up the Africa Development Centre in Nairobi.

Earlier today, President Uhuru Kenyatta, at State House, Nairobi signed into law the Health Laws (Amendment) Bill of 2018 and the Assumption of the Office of County Governor Bill. 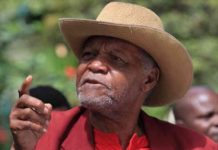 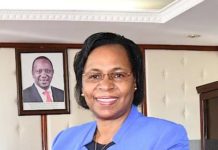 President Kenyatta to open the Afro-Asia Fintech Festival in Nairobi; How to register 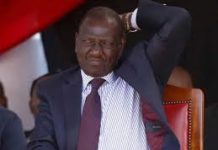 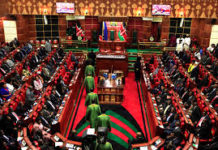 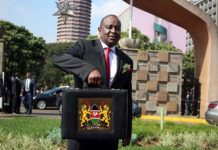