Mr. Tabichi defeated other 9 finalists to win the global award. “Every day in Africa we turn a new page and a new chapter. Today is another day. This prize does not recognise me but recognises this great continent’s young people,” said an emotional Tabichi after he was declared the winner.

Mr Peter Tabichi, a science teacher at Keriko Mixed Day Seconday School in Njoro, Nakuru, was announced the winner of the prestigious award in a ceremony held in Dubai on Sunday 24th March, 2019.

Peter Tabichi and the other finalists were selected by the Varkey Foundation Global from over 10,000 nominations and applications from 179 countries around the world and has now an award of about Ksh. 100 Million. Mr Tabichi becomes the first ever Kenyan to win the annual award; that is now in its fifth year.

Mr. Tabichi has already been congratulated by Present Uhuru Kenyatta.

READ ARTICLES BELOW FOR MORE DETAILS: 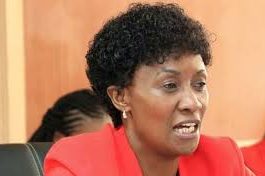 4 Cases of Covid 19 reported at state house in Nairobi