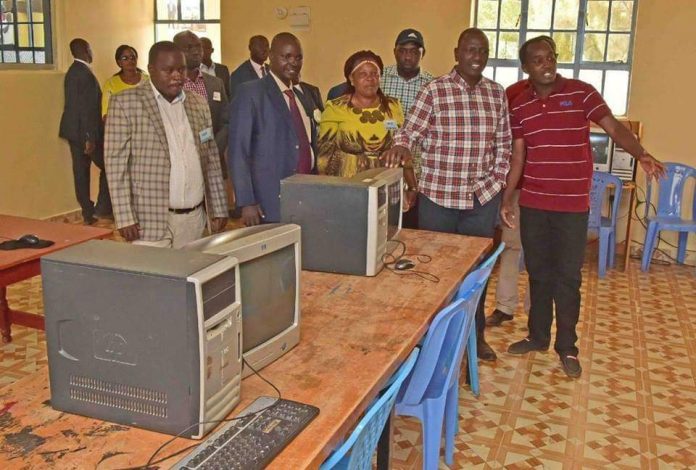 The Deputy President Hon William Ruto has come under sharp criticism from a section of Kenyans for donating ‘out dated’ computers to a Girls’ Secondary school on Saturday 16th March, 2019. The donation of what seemed like Cathode Ray Tube (CRT) Monitors sparked off debate on Social media platforms with many saying such monitors are too archaic to be used in the 21st Century. The Deputy President opened an Information Communication Technology, ICT, and Resource Centre block for Sambirir Girls Secondary School, Chesoi, Elgeyo Marakwet County.

Here are the photos taken during the ceremony: