Data enumerators will be recruited between June 11th and June 24th, 2019.

Advertisements to invite eligible Kenyans to apply for the census jobs are expected to be published in all media outlets within the next two weeks. Keep an eye here for the adverts.

The interviews and shortlisting will be done between 28th June and 7th July .

The Kenya National Bureau Of Statistics, KNBS, has released a programme of activities for its 2019 Census exercise.

According to the official schedule, data enumerators will be recruited between June 11th and June 24th, 2019 , ahead of the August census exercise.

KNBS will employ upto 135,000 enumerators, 27,000 content supervisors and 2,700 Information and Technology supervisors on short term basis. The short listing and interviewing is expected to run from 28th June to 18th July, 2019.

Speaking at the inaugural meeting of the Nyeri County Kenya Population and Housing Census committee, a Human Resource Officer with the KNBS, Pauline Waweru, said apart from the core census personnel, the government will also hire albeit on temporary basis terms tens of hundreds of village elders and coordinators to assist in the exercise.

The interviews and shortlisting will be done between 28th June and 7th July .

The successful applicants will be trained between 25th July to 20th August.

Related feature; Census jobs for over 164000 Kenyans- knbs states date when and where adverts will be available; full timelines

The actual data collection will take place between 24th August to 31st August this year across the country. This brings to an end of a flurry of fake and misleading adverts on the KNBS jobs.

See attached screen shot for your reference on KNBS programme of activities; 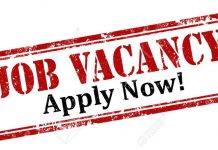 Data Entry jobs; Many opportunities available at the Ministry of Labour and Social Protection

Ministry of Health 3,795 internship opportunities at the County Governments