The Cabinet on Thursday November 21, 2019 approved a number of policies focused on boosting the country’s economy including the Kenya Youth Development Policy (KYDP) 2019 which seeks to mainstream issues affecting the youth.

The new youth policy seeks to coordinate youth programmes so as to address unemployment, radicalization, youth exclusion, cyber crime and trafficking in persons among other challenges facing the youth.

The amendments are aimed at improving business environment in the country so as to attract more investments and accelerate economic growth as well as raise the country’s ranking in the World Bank Ease of Doing Business Index to position 50 by 2020.

Among the statutes identified for amendment include the Law of Contract Act, the Industrial Training Act, the Registration of Documents Act, the Survey Act, the Stamp Duty Act, the Kenya Information and Communications Act and the National Construction Authority Act.

The cooperatives policy establishes an institutional framework for enhancement of coordination of cooperative societies in the country and seeks to deepen the deployment of ICTs in the management of saccos as well as promote good corporate governance.

The Cabinet also approved regulations for non-deposit taking saccos aimed at protecting Kenyans against risks of poor investment decisions, inadequate transparency and information disclosure, disregard for members interests as well as self-preservation by officials of saccos.

On health, the Cabinet approved the establishment of Mathari National Teaching and Referral Hospital and the designation of Gilgil Hospital as a satellite mental health facility of Mathari.

Further, the President directed the Ministry of Health to establish a taskforce on the status of mental health in country and come up with new policies needed to address the growing concerns about mental health among Kenyans.

The findings of the taskforce which will be discussed in Cabinet within 90 days will assist government in allocation of resources to mental health.

Today’s Cabinet meeting also approved the piloting of the Engineered Base Stabilizer (EBS) roads in Nairobi City County. EBS is a new road construction technology that is considered relatively cheaper compared to the conventional approaches. The pilot will be carried out on low traffic volume access roads in Kibra and Dagoretti South constituencies and replicated in other areas if it proves successful.

The Cabinet meeting also discussed and approved the National Menstrual Hygiene Management (MHM) Policy which is aimed at scaling up the management of menstrual hygiene in the country.

The policy highlights MHM as a rights issue and brings it into the mainstream of the country’s health and development agenda by considering the prevailing social, economic, cultural and demographic contexts of women and girls.

Cabinet also approved the extension of the ban on logging by one year. However, the Ministry of Environment was directed to establish an inter-agency team to undertake an assessment of mature forests that are ready for harvesting and report back to Cabinet by April 2020.

On agriculture, the Cabinet approved Kenya’s membership to Africa Rice Centre (Africarice) and okayed the country’s membership to the International Solar Alliance (ISA).

On aviation, Cabinet approved the ratification of bilateral air services agreements with South Africa and Botswana.

The meeting also approved the hosting of the Next Einstein Forum (NEF) Global Gathering 2020 in the country.

NEF is an initiative of the African Institute for Mathematical Sciences (AIMS) in partnership with the German Robert Bosch Stiftung. Its objective is to produce African scientists and thinkers comparable to Sir Albert Einstein by working with the youth.

By hosting the global event, the Cabinet noted that Kenya will cement her status as a leading science, technology and innovation hub in the region. 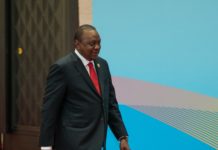