It is grief and pain for teachers who disrupted new Competency Based Curriculum, CBC, training in April this year. This is after their employer, the Teachers Service Commission (TSC), decided to dismiss some of them for disrupting the training. “Pursuant to the hearing of your discipline case held on 15/08/2019, I am directed by the Teachers Service Commission to inform you that the Commission has carefully considered your case and has determined that you are guilty of the charges levelled against you and that you are hereby dismissed with effect from 15/8/2019,” reads in part a dismissal letter sent to one of the affected teachers.

In May, this year, the Commission interdicted 160 teachers among them 10 union officials for boycotting and disrupting training on the new competency-based curriculum (CBC). The interdictions were effective 5th May, 2019 and the teachers were given 21 days to show cause why action could not be taken against them.

In April there was temporary disruption of training sessions witnessed in parts of Kakamega, Kajiado, Makueni, Homa Bay among other counties. Those interdicted included heads of institutions and Union officials. The interdicted teachers who had responsibilities were directed by TSC to vacate office with immediate effect.

Those interdicted included 58 teachers from 34 schools in Kajiado County.
Efforts by the Kenya National Union of Teachers, Knut, leadership to have the decision rescinded were met by opposition from the Commission; with TSC Boss Dr. Nancy Macharia promising stern action.

The dismissed teachers can however appeal the decision and have their cases reviewed. This should be done within a period of ninety (90) days from the effective date on the dismissal letters. 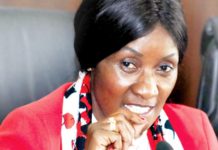 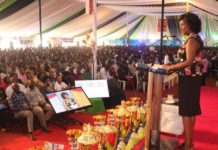