The National Police Commission has this afternoon denied claims on how corrupt police officers are allowing the dangerous Al Shabaab militia into Kenya. The story formed the headline story in today’s Daily Nation News Paper.

Here is the police response;

The attention of the National Police Service has been drawn to the front page story in today’s edition of the Daily Nation accusing the police of receiving bribes to allow al Shabaab terrorists into the country.
We have read the UN report which is largely based on our Investigations into the matter of the VBIED found in Merti by our officers in February 2018, in which we foiled a major terror plot, recovered deadly weapons and arrested several culprits who are now facing court charges. Hence we find the “Nation” story full of unfair inferences and distortions of the report that appears driven by malice aimed at painting the police, especially those engaged in dangerous counter terrorism efforts in bad light for reasons that are unknown to us.

We take great exception to the malicious distortions published in today’s edition that serve only to insult the souls of our brave security personnel from all agencies who have been killed or maimed while on counter terrorism operations, as well as victims of terror attacks.All Kenyans of goodwill are aware of the fruits of the painstaking efforts and sacrifices made daily by our personnel to protect and defend our country from terrorist elements.

Therefore, whilst we are all aware that some parts of our borders are porous and could allow infiltration and that there exists a few corrupt individuals within the Police, to exaggerate in such a sensational manner without providing an iota of evidence to prove corrupt activity not only serves to aid the enemy, but is outrightly irresponsible and unfair to all Kenyans. 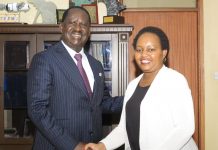 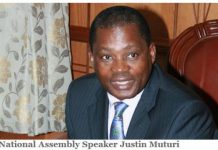 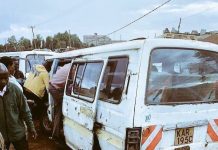 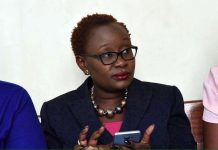