The ministry of transport has today, Monday 12th November 2018, reinforced implementation of the tough traffic rules popularly known as the ‘Michuki Rules’. This is in a bid to arrest the spiraling road carnage. Related content: Motorists directed to comply with all traffic rules, including the famous Michuki rules

The crackdown on Public Service vehicles has seen a number of them pulled off the roads forcing passengers to use alternative means of transport; including trekking to work. For the few vehicles plying the roads this morning have exponentially increased fares.

To be safe and to avoid getting yourself on the wrong side of the law, read through the checklist that traffic officers will be using to enforce the traffic rules:

The National Transport and Safety Authority (NTSA), has released a new list of minor traffic offences and the fine the offender will be required to pay should they be caught. 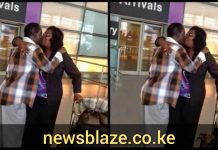