Masinde Muliro University of Science and Technology, MMUST, has come out to dispel news that it has recalled students back after they strikes and were sent home this month. The university now says the memo doing rounds on Social media is fake and that official communication will come from the University on the correct opening dates.

“Our attention has been drawn to a MEMO circulating on social media allegedly coming from the Office of the Registrar (Academic Affairs instructing students to commence classes on 26th September, 2019,” reads a presser from the university.

“This is to advise all students to ignore the FAKE MEMO. Plans are underway to recall students once the cause of the unrest is determined and addressed. The reopening schedule shall be/published in the mainstream daily media.
Any other form of communication will not
be coming from the University,” adds the presser.

On Wednesday 18th September, 2019 the University Special Senate meeting resolved to close the University with immediate effect because of the students’ unrest.
This was after the students went on a rampage, protesting the management’s demand that all students must clear fees balances before registering for courses and sitting for exams.

Other grievances, as raised by the students, included the university’s lukewarm reaction to the frequent deaths of students.

They also made the university inaccessible by using ‘matatu’ to block the entrance to the Vice Chancellor’s office. 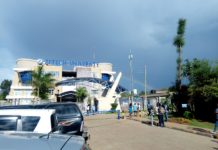 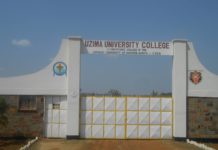 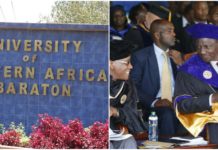