A 3-Judge High Court Bench has ruled that capping of interest rates under the Banking Act Section 32B is unconstitutional. However, implementation is suspended for 12 months to allow regulator to put in place appropriate mechanisms.

The amended law capping interest rates in
Kenya {the Banking (Amendment) Act, 2016} came into force on September 14, 2016 setting bounds on lending and deposit rates. It sets the maximum lending rate at no more than four per cent above the Central Bank base rate. In line with the Central Bank of Kenya (CBK) Act (Section 36(4), the CBK set the Central Bank Rate (CBR) as the base rate.

The law was implemented following concerns raised by the public regarding the high cost of credit in Kenya. Implementation of the law was expected to lower the cost of credit and increase access, however, emerging evidence point to adverse effects of the law on the Kenya economy.

According to a study by the CBK, conducted last year, Interest rate capping undermines the independence of the Central Bank. Article 231 of the Constitution stipulates that the Bank shall not be under the direction, or control of any person or authority in the exercise of its powers, or in the performance of its
functions. The constitutional functions of CBK under Article 231 (3) is to formulate monetary policy, promote price stability, issue currency and perform other functions conferred upon it by an Act of Parliament.

The three High Court Judges; Francis Tuiyot , Jackline Kamau and Rachael Ngetich ruled that a section of the Banking Amendment Act 2016 that gives the Central Bank of Kenya authority to set interest rates greatly interferes with the existing relationship between the lenders and their customers. Suspension of the interest capping will favour landing institutions as they will now be at liberty to increase the rates; thus passing heavy interests payment to borrowers.

The CBK has reported that following the interest rate capping a number of borrowers have been shunned by banks. For instance, the number of loan accounts declined significantly between October 2016 and June 2017.

A survey conducted by the Kenya Bankers Association, KBA, in late 2016, shows that the average SMEs loans had declined to 17 percent, with the small banks providing 39 percent of the lending to the MSMEs. Meaning access to credit declined significantly.

The scrapping of the maximum lendind rates means the cost of borrowing will increase drastically. 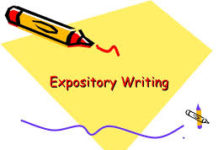