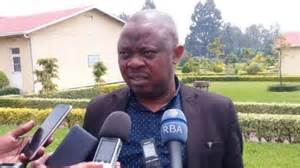 The Federation of East Africa Secondary Schools Sports Association (FEASSSA) president ,Mr. Justus Mugisha, says Uganda is considering introduction of new sports categories in her championships. This has been informed by the fact that the Uganda Secondary Schools Sports Association (USSSA) organizes competitions in only 13 categories as opposed to the 45 categories organized by the International Schools Sports body, ISF. Uganda, just like Kenya, is affiliated to the ISF and will be sending participants to the International Championships during the forthcoming editions.

“In the just concluded Sports Administration and Management Course for USSSA executive, regional secretaries and primary schools representatives at Kololo Secondary School, members were surprised to learn that whereas USSSA organizes competitions for only 13 different sports (categories) at the national level, the International Sports Body (ISF) to which USSSA is now affiliated organizes World Schools Competitions for 45 different Sports”, said Mr. Mugisha in a presser.

The Ugandan Secondary Schools’ Sports body ‘s members ratified a decision to introduce new sports disciplines from the grassroots to national level. “This is therefore, to request you, the stake holders, for proposals of the sports and on mode of the new competitions”, says the FEASSSA President.

CS Magoha gives reasons why schools may not reopen in January...

The TSC new pension scheme for teachers; Here are the details