These are the top ten women’s teams in Africa and Worldwide. No African team features in the top ten in the world! Kenya’s Harambee Starlets features nowhere.

HOW THE FIFA/COCA-COLA WORLD RANKING IS DONE

In the FIFA Women’s World Ranking (WWR) teams are ranked according to a value that is a measure of their actual strength. One of the benefits of this is that a considerable amount can be learned about the ranking value (or rating points) of a team.

Although a certain amount of mathematics is inevitable, the system used is still easily understandable and enables all interested parties to understand the teams’ movements, or even to calculate the Ranking themselves. Since the first match dates back to a little over 30 years ago (the first women’s international was held on 17 April 1971 when France faced the Netherlands), it has been possible to comprehensively catalogue the data about international women’s football.

Basics of the Ranking method

The basic formula of the WWR is in fact quite simple:

The result of a team’s match is converted into a value: “Actual”. Via some formulae, the difference in rating points (strength) results in a “Predicted” value.

Should the “Actual” value be better, then the new WWR will be higher than the old one. This is fair, as the team will have delivered more than was expected. The underachiever loses the same amount of rating points as their opponents have won; their “Predicted” result is greater than their “Actual” result, i.e. they have not done as well as expected.

A conclusion that can be drawn for this basic rule is that the rating points which a team earns for a win is dependent on the strength of the opponent. A win over an extremely weak team scarcely improves their standing in the WWR, while a win over a stronger team is awarded with a clear increase of the WWR value.

The actual match result is expressed in the “Actual Match Percentage”, A.

Of course winning or losing is the most important criterion, but goal difference and goals scored are also taken into account.

2. Neutral ground or Home vs. Away

To correct the value for a home advantage, the rating points of the Home team are enhanced by a value “H”. A glance at the historical results shows that teams perform better at home than away; the home teams keep 66% of the points, while the opponents return home with 34%. To neutralise this effect, a correction is made by enhancing the rating of the home team by a value of 100 points (corresponding to 64%).

3. Importance of the match

Competitive matches are a more precise measure of the strength of a team than a friendly.

This element is taken into account by introducing the Match Importance “M” factor, which has a maximum difference between competitions of a factor of four. 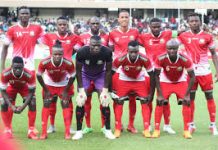 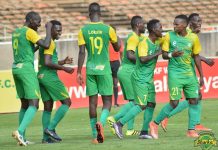 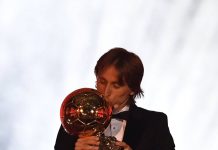