The government is set to roll out a new pension scheme for all teachers and civil servants. In the new scheme, all employees are to contribute 7.5% of their monthly basic salaries towards the statutory pension scheme. This is the first time that the employees will be contributing for their retirement since the government has always shouldered the whole responsibility.

The Kenyan government has been trying to introduce the pension scheme for the past 13 years with little success.

The new scheme will now be mandatory for those joining service and those below 45 years.

The Kenya Union of Post Primary Education Teachers – KUPPET, has given its views concerning the impeding introduction of the Superannuation pension scheme.

STATEMENT BY KUPPET ON THE CONTRIBUTORY PENSION SCHEME.

Here is the statement by Kuppet Secretary General, Akello Misori;

“Following the Government’s intention to operationalise the Public Service
Superannuation Scheme (PSSS), KUPPET will give its views to the Teachers
Service Commission, the Ministry of Education and the National Treasury at
the appropriate time.

The PSSS has been in the planning for many years. Its goal is to shift public
servants including teachers from the current pension plan used by the government – which is known as the defined benefits plan – to a defined
contribution system (DCS).

Under the current plan, retired teachers earn a guaranteed pension based on a formula that factors in a teacher’s last income in service and the length of
service.

The TSC takes full responsibility for funding and investing the money in the plan. At retirement, a teacher gets a one-off gratuity and monthly pensions
based on individual calculations.

The main challenge of the system has been that the government does not
invest in pensions, which are paid from tax revenues, hence the trouble many
public servants have faced in accessing their pensions after retirement.

Secondly, those teachers who choose to retire before the stipulated retirement age, currently fixed at 60, cannot access their pensions when they most need it.

Under the new system, the employer and the employee contribute defined
amounts (called a match) to a pension scheme which is invested in the market and generates interests at prevailing market rates. A retiring employee has the right to withdraw his/her savings plus interest, irrespective of the number of years worked.

The two systems have their own benefits and shortcomings. They have varying levels of stability, flexibility and earnings at retirement.

However, for purposes of stability in service, and in full conformity to the Public Service Superannuation Scheme Act, 2012, the union will propose that employees who have served for long under the current system be guaranteed their anticipated pension at current salary scales.

In the same vein, those who have worked for less than that period would be facilitated to transition from the DBC to the DCS based on their anticipated current pension estimates.

Bearing in mind that public servants are currently entitled to their pensions after 10 years of service, the union will engage the entire government machinery to ensure that due consideration is given to transitional mechanisms since existing regulations on retirement would cease to apply.” 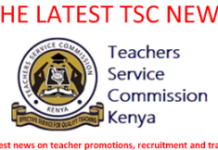 TSC PROMOTION FORM FROM ONE JOB GROUP TO THE NEXT FREE 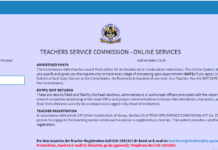 Here is a list of teachers who are yet to fill their 2019 Wealth Declaration Form, online 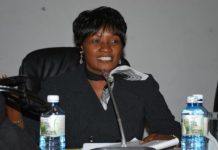 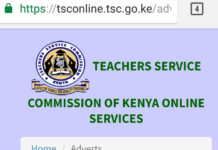 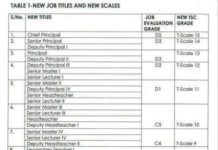