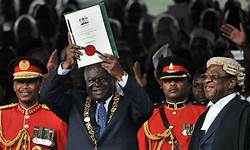 What is the meaning of ‘Bora Uhai’