The Teachers Service Commission, TSC, has isolated teachers aligned to the Kenya National Union of Teachers, KNUT, from salary increments as per the current Collective BArgaining Agreement. The payroll for teachers who are not KNUT members has factored in implementation of Phase Three of the 2017-2021 CBA. The payroll for KNUT members has not factored in Phase Three of the CBA because the Court ordered that their terms be based on the Schemes of Service and not CPG. This will apply to 103,624 teachers who also include Head teachers, Deputy Head teachers and senior teachers. Inevitably, this will also lead to KNUT members losing all the benefits embedded in the Career Progression Guidelines, CPG, as an implementation tool for the CBA. This follows the recent court ruling in which KNUT won over the Commission.

Here is the communique from Kihumba Kamotho, head of Communications at TSC;

‘THE IMPLICATIONS OF THE JUDGEMENT OF JUSTICE BYRAM ONGAYA DATED 12/7/2019 ON TEACHER PROMOTION, CAREER PROGRESSION, PROFESSIONAL DEVELOPMENT AND APPRAISAL

On 12th July, 2019, the Court issued its judgement touching on the above outlined issues. After studying the implication of the ruling on various aspects of teacher management and the ongoing implementation of the 2017-2021 Collective Bargaining Agreements, the Commission immediately applied to the court to stay its orders to allow for appeal. The stay was not granted.

On 30th July 2019, the Teachers Service Commission ran the July payroll for all the teachers in its employment. However, owing to the Court ruling of 12th July 2019 on the issues outlined above, several challenges have been experienced particularly in the preparation of the teachers’ payroll and implementation of the Kshs 54 Billion 2017- 2021
CBA.
Arising from the Judgment, KNUT has maintained that all its members should be promoted in accordance with the Schemes of Service (SoS) which were last revised in 2007. It is important to note that the Commission discontinued SoS and adopted Career Progression
Guidelines (CPGs) in 2017 to enable implementation of the Job Evaluation and the 2017-2021 CBA signed between TSC and Unions in 2016.

In view of the Court ruling and the position taken by the KNUT, the Commission wishes to explain the following:
1). Benefits of Career Progression Guidelines in teacher promotion;
The Career Progression Guidelines were developed in 2017 after a Job Evaluation in the teaching service was carried out and CBAs signed in October 2016. The Guidelines are considered superior because they enabled the implementation of the Job Evaluation and the Collective Bargaining Agreement that were signed in 2016. The Guidelines outline the descriptions, specifications, and competencies for each job.
Prior to the implementation of CPGs, the Commission was promoting teachers using three Schemes of Service. Crucially, application of schemes of service did not, and cannot, guarantee automatic promotion since it is subject to availability of vacancies, among other factors.
The second key benefit is that all the serving 300,000 teachers were promoted with effect from 1st July 2017 when the implementation of the CBA commenced. Moreover, under the Career Progression Guidelines teacher promotion can be accelerated without the requisite three years’ service in a grade which was the case in the Schemes of Service.
Third, under the CPG the salary grades have been expanded such that a teacher will enjoy more annual incremental credits within a Grade.
In view of the foregoing it has become impossible to implement the CBA without the Career Progression Guidelines.

2). Impact of the Court Ruling on Teacher Promotion;
The immediate consequence of the Court ruling with regard to teacher promotion is that some major promotional benefits that had been achieved through the CPG have been lost. Specifically, under the CPG, 96,000 teachers formerly designated as P1 and who were promoted to B5 with effect from 1st July 2017 will not be promoted under common cadre to C1 on 1st July 2020. This is because promotion of teachers who are members of the KNUT shall strictly be as per the provisions of the Schemes of Service.

3. Implications of the Judgment on the Payroll;
The judgement of the ELRC, has necessitated preparation of two parallel payrolls in order to comply with the Court ruling without disadvantaging teachers who are not KNUT members. In this regard, the payroll for teachers who are not KNUT members has factored in implementation of Phase Three of the 2017-2021 CBA. Their payslips will, therefore, reflect the enhanced pay in line with their grades.
The payroll for KNUT members has not factored in Phase Three of the CBA because the Court ordered that their terms be based on the Schemes of Service and not CPG. This will apply to 103,624 teachers who also include Head teachers, Deputy Head teachers and senior teachers. Inevitably, this will also lead to KNUT members losing all the benefits embedded in the CPG as an implementation tool for the CBA. In addition, reversal of grades and full recovery of the previously enhanced salaries and allowances since 1st July 2017 shall be effected.

4. Conclusion
In conclusion, the Commission wishes to inform all teachers and other stakeholders that it is committed to continuous improvement of terms and conditions of service for all teachers in the public service. This was the essence of the Job Evaluation and the 2017-2021 CBAs.’ 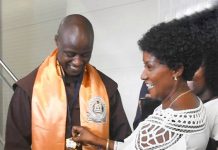