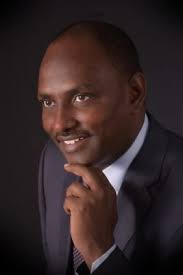 The Ministry of Labour and Social Protection has moved to avert a looming strike that has been sanctioned by the Kenya National Union of Teachers, KNUT, and slated for next week. KNUT has issued a strike notice to protest against the Teachers Service Commission’s (TSC) to delocalize school heads and failure to promote teachers; among other grievances. The Labour Ministry’s Cabinet Secretary, Hon Amb Ukur Yatani, has today appointed a Conciliation Committee headed by Mr. Charles Maranga, to mediate between KNUT and TSC. The giant teachers’ union, through the National treasurer (John Matiang’i) has already scoffed off the decision to appoint the Conciliation Committee.

Below is the press statement by Hon Amb Ukur Yatani:

“THE STRIKE NOTICE BY THE KENYA NATIONAL UNION OF TEACHERS (KNUT)

Following the strike notice issued to my office by the Kenya National Union of Teachers (KNUT) vide letter Ref. No. KNUT/LAB/52/59/2018 of 19th December 2018, I wish to inform that my Ministry has taken the following urgent actions:

2. The Conciliation Committee held its first preparatory meeting on 24th December, 2018, and rolled out its program of activities.

3. The Committee wrote to the parties requesting for submission of their respective written Memoranda with timelines of receipt of the same by 28th December, 2018.

4. The Conciliation Committee met early this morning (28th December, 2018) and further agreed on the following schedule of activities:

Once again, I urge parties to this dispute to give the conciliation process and dialogue a chance to resolve their differences noting the critical timing and weight of the public interest in the matter.”

All eyes will be on the conciliation process to see if indeed it will convince KNUT to call off the strike. Already TSC has transferred 3,094 teachers, in December 2018, with 2,070 of them having proceeded to their new stations already. Schools reopen on 3rd January, 2019, for first term.

CS Magoha announces dates when schools are to be re-opened and fate of 2020 KCSE, KCPE exams

CS Magoha announces dates when schools are to be re-opened and...