Emerging Stars coach Francis Kimanzi has on Sunday, November 4, 2018, selected a squad of 18 players from a pool of 57; who had been invited to Moi Sports Centre, Kasarani. The selection exercise was in preparation for the first round of the upcoming Africa U23 Cup of Nations Qualifiers, where Kenya is set to face Mauritius.

Kenya will start off at home on November 14, 2018, at the MISC Kasarani before jetting out to Mauritius for the reverse tie set to be played on November 18, 2018.

The winner of the tie on aggregate will proceed to the second round, with a third round also in line. The final tourney, set to be played in November 2019, in Egypt, will act as a qualifier to the 2020 Olympics. 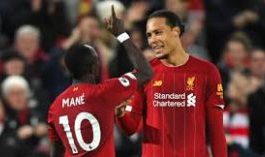