The following political science essay sample is brought by professional paper writing services from  https://smartwritingservice.com and designed to help students with academic writing in college and university. Read the following example to create your own academic paper.

Trade lobbying has been a mainstay in the US government set-up for decades. It is so integral to the politics of governance and foreign policy that it is sometimes referred to as the ‘fourth branch of government’ (Ramirez, 2019). Such a lofty standing would come with equally lofty expectations. Lobbying can have both good and bad consequences depending on the intentions. For example, the outcome might be favorable for an economic giant but harmful for a smaller entity. Corporate lobbying is a major player in US foreign policy formulation, but it can be hazardous when policymakers consider money ahead of the public image of the nation.

The imposition of tariffs on both imported and exported goods is perhaps the one area where lobbying has the most effect. Ramirez singles out the US government’s decision to impose tariffs on steel imports as an example of skewed policy, based on unclear national security claims. He points out that the decision ignited a trade war the results of which both benefited and hurt sections of American society. Thailand, Japan, and a few other countries are enjoying special status in the form of exclusion from tariff measures by the US government (Skonieczny, 2016). Smaller, more distant trade partners to the US have their chances even more limited by the exceptional rule. Japanese steel producers, for example, have outspent their competitors, earning themselves privileged treatment.

Corporate and interest group lobbying has some fundamental differences which make each of them distinct. For example, interest groups such as NGOs affect political outcomes through rewards to government officials, riots and protests, and direct contact with congressional leaders. Corporations have no such advantages. Instead, they rely on their massive financial might to donate large sums of money to political campaigns. However, they sometimes experience mixed results, including counter-lobbying and unfriendly trade climate.

The different approaches mean each side has advantages over the other. Interest groups’ chief advantage is their ability to mobilize constituents, both in a broad and narrow scopes, to influence politics. That means they can lobby more cheaply compared to corporate bodies. However, corporations have the advantage of inside lobbying. Industry experts provide information and sometimes write policy.

Moreover, they provide the money for think tanks, media advertisements, and information sheets, among other things. NGOs have the disadvantage of misdirected or stereotypical representation of issues. Such differences appear to give corporations an upper hand over interest group lobbyists.

Interest groups primarily employ outside lobbying, and corporates use inside lobbying because of the deeper pockets and information power of the latter. Corporations arguably have the financial strength to convince Congress leaders and staff to formulate policy in a given manner. NGOs lack the same might. Thus, they use mobilization as their primary tool. Given the circumstances, inside lobbying appears to be more effective because of several reasons. One, the corporates have the information that NGOs might be lacking. More importantly, they offer better prospects because they have more money to fund their ideas (Sanford & Haffer, 2005). Research, however, does not categorically pick a winner while measuring the success of either side.

Lobbies have hurt the US trade policy with China. Lobbyists crafted an anti-China narrative in regards to the Trans-Pacific Partnership, adding a national security motive to it. Skonieczny (2016) notes that the Obama administration indicated the TPP would ‘balance against a corrupt and menacing Chinese influence in Asia…’ The wording shows the trade war between the US and China was occasioned by anti-Chinese lobbying.

Corporate lobbying has a major influence on US foreign policy. Policymakers often consider money ahead of the public image of the nation which results in disastrous consequences for the nation. While both interest groups and corporations have a say in the way Congress conducts its affairs, the latter party has more financial might behind it. This disparity becomes especially obvious when one considers the U.S.-China trade war. 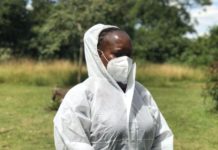 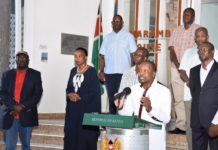 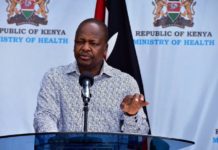