(CREATIVE COMPOSITION AND ESSAYS BASED ON SET TEXTS)

INSTRUCTIONS TO THE CANDIDATES:-

For Examiners Use Only.

“People who do bad deeds to others never go unrepaid”

Show the validity of this statement with reference to Henry Ole Kulet’s novel. Blossoms of the savannah”

Answer only one of the following questions

Chris Wanjala, memories we lost and other stories

“Pretenders are worse than murderers.” Write an easy to show the truthfulness of this statement basing your answer on the inheritance by David Mulwa.

“The society has lost its moral values” using illustrations from The Pearl by John Steinbeck show the truth of this statement.

“people who do bad deeds to others never go unrepaid”

Show the validity of this statement with reference to Henry Ole kulet’s novel “Blooms of the Savannah.

In the text, characters like Oloisudori, Ole kaelo and others perpetuate evil towards other characters, but they also receive their equal measure of pain and suffering as discussed below.

Oloisudori is a businessman but with questionable deals. Despite his age, and being polygamous, he shamelessly wants to marry Ole Kaelo’s teenage daughter. He blackmails Ole Kaelo into giving his daughter Resian in marriage to him or forgets his numerous business contracts which Oloisudari had helped Ole Kaelo to secure. He further puts Ole kaelo in a tight corner where he has to forcibly circumcise. Taiyo and give her to him in marriage after Resian runs away from home. However, his actions never go unpaid, in a bid to forcibly take his bride from Minik’s ranch, his convoy of vehicles is attacked and several of hi cars burnt. He ends up losing both Resian and Taiyo, his money and his property.

Ole kaelo betrays their trust of his daughter Resian. He openly resents Resian and is quick to scold her for the slightest of mistakes. He insults her just because he expected a boy child for his second born and not a girl child. He readily agrees to marry off Resian to Olisudori rather than forfeit his numerous business contracts which Oloisudiri had helped secure. He also turns down her request to join Egerton University saying that he had already received her dowry. However, Ole kaelo pays dearly for his decisions since Resian openly comfronts him at his shop and turns down the marriage deal with Oloisudari, she later escapes from home and leaves Ole kaelo with no option but to give out Taiyo in marriage to Oloisudori.

Mama Milanoi’s bad deeds towards her daughters leaves them with a strong dislike for their mother. As a mother, she never comes to the defense of her daughter when Ole kaelo constantly scolds her. She further colludes with her husband to marry off Resian to Oloisudori. They collect gifts and dowry from Oloisudori and even shamelessly hatches a plan on how Olisudari will collect his bride Mama Milano also colludes with the Enkamuratuni to have Taiyo forcibly circumcised thereby causing her a lot of physical and emotional pain. All her actions never go unrepaid as her two daughters all run away from home and vow never to copy her example as their mother.

Oloisudori bad deeds towards Resian never go unpunished. He rescues Resian just before her attempted suicide promising to take her to Minik’s Ranch. He however turns on his words, forcibly abducts her with the intentions of marrying her. She endures a long torturous journey at the back of an old pick – up track. She forced to stay in a lonely dark hut and even physically assaults her when his attempted rape on her backfires. He however pays dearly for his actions as Resian bites off his thumb to near amputation during the attempted rape. He is rebuked by his mother for his actions and forced to go into hiding for a number of days.

In conclusion bad deeds are always paid with bad deeds as seen above.

3(a) Memories we lost

Using Leila Aboulela’s story ‘missing out’ write an essay on how Majoly’s stay in London alienates him from his people.

INTRODUCTION (UP TO 2MKS)

Majoly is at first unhappy when he gets to London.

He pleads to come home, but his mother pleads with him to stay on and read.

Eventually, Majoly becomes distant from his people. He drops their practices and sets his mind on staying in London.

Majoly considers London civilized, and Khartoum backward. He does not want to come back home. He even enrolls for a PHD. He is unable to appreciate the more relaxed, simple and rich family life back home.

Majdy is so indifferent to his people that he is not able to sympathize with his mother. Samra informs Majoly of her struggle when she went to call him at central post office. She could not get transport due to petrol shortage. Samra accuses him of disloyalty of indifference.

Majoly is eventually so distant, from his people that he does not desire to go back home. When he is almost done with his PHD, he is invited to a conference in Bath.

CONCLUSION ( UP TO 2 MARKS)

Majoly feels a childish sense of exclusion, of being left out of life at home, however he has no desire to go back home.

(3b) Pretenders are worse than murderers. Write an essay to show the truthfulness of this statement basing you answer to inheritance by David Mulwa.

In the society, some people may pretend to have moral standard or opinion that they do not actually have. This is a situation we find many characters in the play Inheritance.

Most people in any society may pretend that everything is alright, yet they do know that something is wrong.this is what David Mulwa demonstrates in his play The Inheritance.

Lacuna pretends to honour King Kutula xv during his commemoration. He says ‘lets always remember with gratitude what my father the king did for us. On your behalf I shall now walk to the Royal grave to pay our continued National respects.’ Yet he was the one who killed the King in order to pave way for his leadership.

Lucuna also pretends that Judah’s death was as a result of faulty machines but he is the one who arranged his killing. We get to know this from Robert’s words. It was Murder for poor Judah, not the age of the machines as you would like the world to believe?

Bishop Menninger calls himself a man of God and teaches and adheres to the teachings of Christianity, but he is involved in plotting and poising of King Kutula xv. “……..it was time to bring Kutula back to dignity ……….”   “ ……… An then it happened ……. I must do it for her future… Menninger say so ……….”

Goldstein pretend to care about Katula citizens yet he advices Lacuna to reduce the work force, thus creating unemployment, more so the wages should be kept low, While the working hours are to be extended. This is unfair to the citizens. He also tricks Lacuna into taking loans and advices him to take drastic actions which will only benefit themselves “you will nationalize that valley and we shall occupy it.”

Meshack, the commander of Katula’s armedforces, is hypocritical. He pretend to be so much supportive to King Lacuna yet, we know that he is against his rush decisions. “ I know sir. Its hard to be a leader like you.” He flees for his life without notifying his master, when he sees that his end has come.

In conclusion Lacuna, Goldenstein,  Meshak, Bishop Menninger and Thorne are all hypocritical.

The novel: the pearls by John Steinbeck

‘The society has lost its moral values: using the Pearl by John Steinbeck. For your illustrations show the truth of the above statement

When Kino gets the pearl, people are greedy to either have the pearl or the money when the Pearl is sold.

The priest thinks about the church repairs. He also wonders how much the Pearl is worth. He tells Kino to give thanks to one who has given him the treasure. All this translates to him getting part of the money when the Pearl is sold.

Kino guards the pearl with all the energy including killing several people who attempt to steal it from him. When Juana wants to throw away the Pearl, he slaps and kicks her.

The pearl buyers’ are materialistic. They offer the least to Kino to maximize on the profit they make once they sell the pearl.

The doctor is hypocrital. When Kino and Juana take Coyotito for treatment at his house, he sends the servant informing them he is not in because they have no money. When he learns about the pearl, he visits Kino and offers to treat Coyotito and wait for money. The reason why he is ready to treat him is because there is hope for money once the pearl is sold.

Any other plausible answer

NB: the essay should be written in continuous prose. 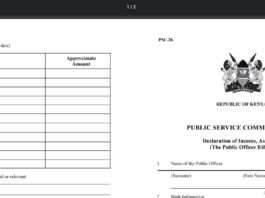 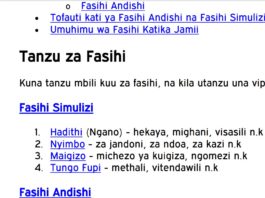 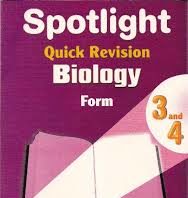