President Uhuru Kenyatta’s proposals to introduce VAT on petroleum products have been controversially passed in parliament amid spirited opposition from the majority of the Members of Parliament. In his ruling, Speaker Justine Muturi, held that the Opposers did not meet the minimum threshold of 233 members that was needed to shoot down the bill.

The speaker of the National Assembly, Mr. Muturi, had re-ordered a re-vote on the President’s Proposal on introduction of VAT on petroleum products. This had been informed by the shocking details that the screens in parliament showed total voters as 352; that surpassed the possible maximum total of all members of parliament, 349.

President Uhuru Kenyatta’s proposal to introduce 8% VAT on petroleum products was controversially passed even as those opposed to the it continued to interrupt house proceedings. The opposers were unable to raise the required two thirds majority (233 MPs) to shoot down the proposals. There were only 215 members of parliament in the house by the time voting took place. A section of the Members have vehemently opposed the outcome of the vote.

The Members verbally rejected President Uhuru’s proposal to introduce the new Value Added Tax on Petroleum Products chanting ‘Zero, Zero, Bado mapambano..’ as the Question was put to the whole house committee. This happened before the vote was called. 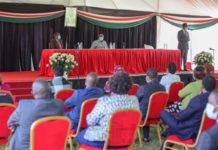 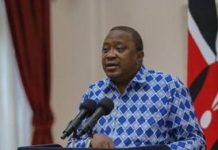 Guidelines by President Uhuru to manage the spread of Covid-19 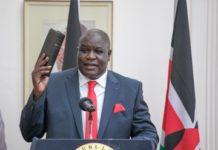