A Pwani University student was on Sunday 14th April, 2019, ferociously attacked by her boyfriend and left with serious injuries.

Naomi Chepkemoi, a third year Public Health student at Pwani University student, was stabbed several times in the neck, breast and back in Mkwajuni village in the outskirts of Kilifi town.

Reports indicate that the attacker, identified as Henry Kipkoech, is a student at Kenyatta University. Kipkoech travelled to Kilifi from Nairobi on Sunday to commit the heinous act. What started as verbal argument over a KSh 3,200 refund that the man had sent to Ms Chepkemoi turned tragic when the attacker unleashed knife stabs on the lady. Trouble started when Ms Chepkemoi refunded the KSh 3,200 that Mr Kipkoech had sent her for their child’s upkeep; prompting the man to travel all the way to demand answers.

Neighbours who heard the commotion in the lady’s room alerted Kilifi police who rushed to the scene and arrested the assailant. Ms Chepkemoi was, then, rushed to Kilifi County Referral Hospital for treatment. The OCS Kilifi termed the case as an attempted murder. The attacker who is in police custody will be arraigned, in Court, on Monday 15th April, 2019.

The incident comes just days after a tragic end to the life of a Moi University Eldoret medical student who was hacked to death by a jilted man alleged to be her lover.’ Ms Ivy Wangeci was brutally cut to death with an axe by a man identified as Naftali Kinuthia who is currently recuperating; after receiving a thorough clobbering from a mob that witnessed the Tuesday, April 9 incident. 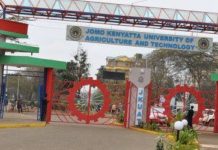 JKUAT responds to news on the 118 Doctorate Degrees Awarded recently 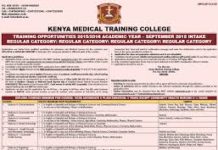 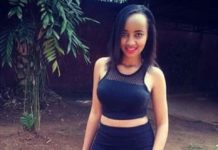 Universities with the Highest number of KUCCPS 2019/2020 admissions; Admissions per Varsity 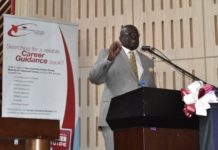 Useless Courses!- The list of 106 degree courses that none of 2018 KCSE candidates was admitted into; to be scrapped.