Dagoreti have landed at the nationals this year in style. The Nairobi region representatives have had a perfect run in form; record 100% wins. They have conceded only once and have found the back of the net ten times. Unlike their opponents at Saturday’s final, St. Anthony’s, Dagoreti picked an easy victory over the 2018 Silver Medalists, Olbolsat. St Anthony’s on their part had to labour to a 6-5 win on post match penalties over new kids on the blocks; Ebwali at Friday’s semi final. St Anthony are yet to concede at this year’s championship in regulation time and this will be a morale booster to the Rift valley champions. This game will be the climax of the 2019 KSSSA national term 2 games; kicking off at 12.00pm and shall be played at Moi Stadium, Kisumu. 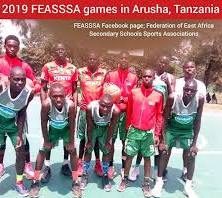