The Kenya National union of Teachers (KNUT) will hold a by-election to fill vacant posts at the lucrative National office, this coming December. The giant teachers’ union will be holding its 61st Annual Delegates Conference (ADC) in December and part of the Agenda shall be to fill the vacant positions at the top brass organ. The candidates vying for these posts shall be voted for by delegates drawn from all the 8 regions, countrywide.

Western Region’s Wcliff Omucheyi Etole will be hoping to convince the delegates to confirm him as the National Chairman. He is been holding the seat on acting capacity since the retirement of Mr. Mudzo Nzili. He  may have an easy ride as no other candidate has expressed interest for the seat that is reserved for the Western Region.

Nyanza’s Collins Oyuu, the current assistant Secretary General, will be battling it out for the First Vice Chair post against a strong Central region battalion that encompasses: Patrick Karinga (Nyeri Branch Chairman)  and Clement Gicharu (Executive Secretary Kiambu East Branch). The seat was left vacant after the retirement of Mr. Samson Kaguma. The central leaders feel that the seat should be reserved for Central, as it has been the tradition. They accuse Mr. Oyuu who they term an intruder. But the adamant Oyuu has upped his campaigns and led a section of teachers in burning TPAD forms in Eldoret, on Saturday

The second vice Chairman post has attracted the candidature of Kadzo Undo (the Current National trustee) and Rosalie Mkanjala (Executive Secretary Taita-Taveta branch. Both candidates are from the coast region, for which this seat is reserved.

Ugly scenes marred last year’s ADC at Mombasa. The meeting was disrupted following sharp political and leadership differences. Some delegates from central  Kenya shouted down the Secretary General Wilson Sossion insisting he had to quit as the secretary general of the Union and focus on his parliamentary duties. The conference quickly descend into an ugly scene of throwing chairs at each other and police had to be called in to intervene and restore calm. This is after it emerged, Sossion who is a nominated Member of Parliament, had maintained he will not relinquish his position at the giant union even after a gazette notice requiring him to vacate office. In May, the top decision making organs also tried to ouster Sossion. 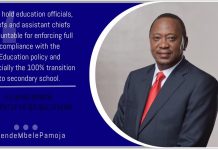 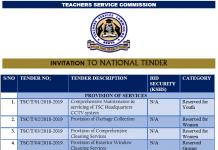 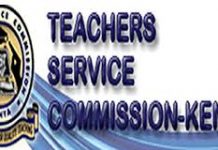 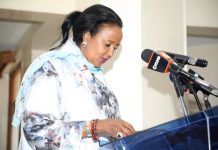 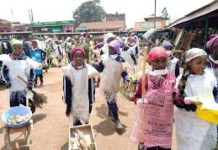