Kariobangi Sharks’ Youngster Sidney Lokale, who had come in just after the break, scored the all-important goal in the 52nd minute. Nixon Omondi picked him up with an incisive pass from the left flank and the former Nakuru AllStars striker tricked two Gor Mahia defenders before coolly slotting past Boniface Oluoch for the winner.

Sharks coach William Muluya lauded his players for the win saying it has set the tempo for a good season ahead.

“We had a good tempo and worked hard for the win. Credit goes to the players, they badly wanted the win. This is very good for us as it sets the pace for what promises to be a tough season.” He said after the match.

Gor Mahia will have to up their game if at all they want to retain the Kenya Premier League Title in the new season, 2018/2019. 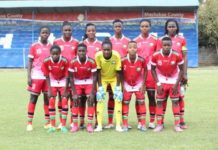 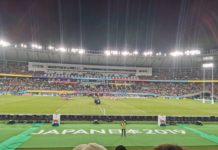