The Ministry of Education has banned the hiring of school facilities for use during school games activities. Initially, via a circular dated 3rd March, 2017, a total of Kshs 10,000 t0 20,000 could be used for hiring stadiums to be used during school games competitions. For field preparations, the Ministry had set the figure at between Kshs. 10,000 to Kshs 20,000. In the new guideline, the Field preparation vote head has been retained but, no figure has been quoted to that effect.

According to the latest communique, the rates paid to referees, officiating at secondary schools games, have been adjusted. For instance, the rates for officiating at Sub- county level have been adjusted from Khs 2,000 per day to Kshs 2,500 per day. At County level, the rates have been retained at Kshs 3,000 per day. But, the subsistence paid at Regional level per day has been slashed from Kshs 4,000 to Kshs 3,000. Also slashed is the rate payable at the National Level; from Kshs 5,000 per day to Kshs 4,000. The new rates are expected to be uniform countrywide, at similar levels, since the total allocation for the Sub- county level and also for the counties were shared equally across the board irrespective of the students’ population. READ MORE DETAILS HERE: Education Ministry disburses Co- Curricular funds, explains how the funds are the funds are to be utilized

HERE ARE THE NEW RATES:

The rates are, however, comparatively lower than what other Civil servants receive as Per Diem 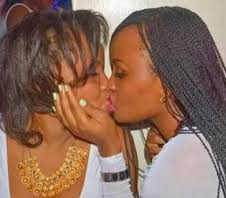